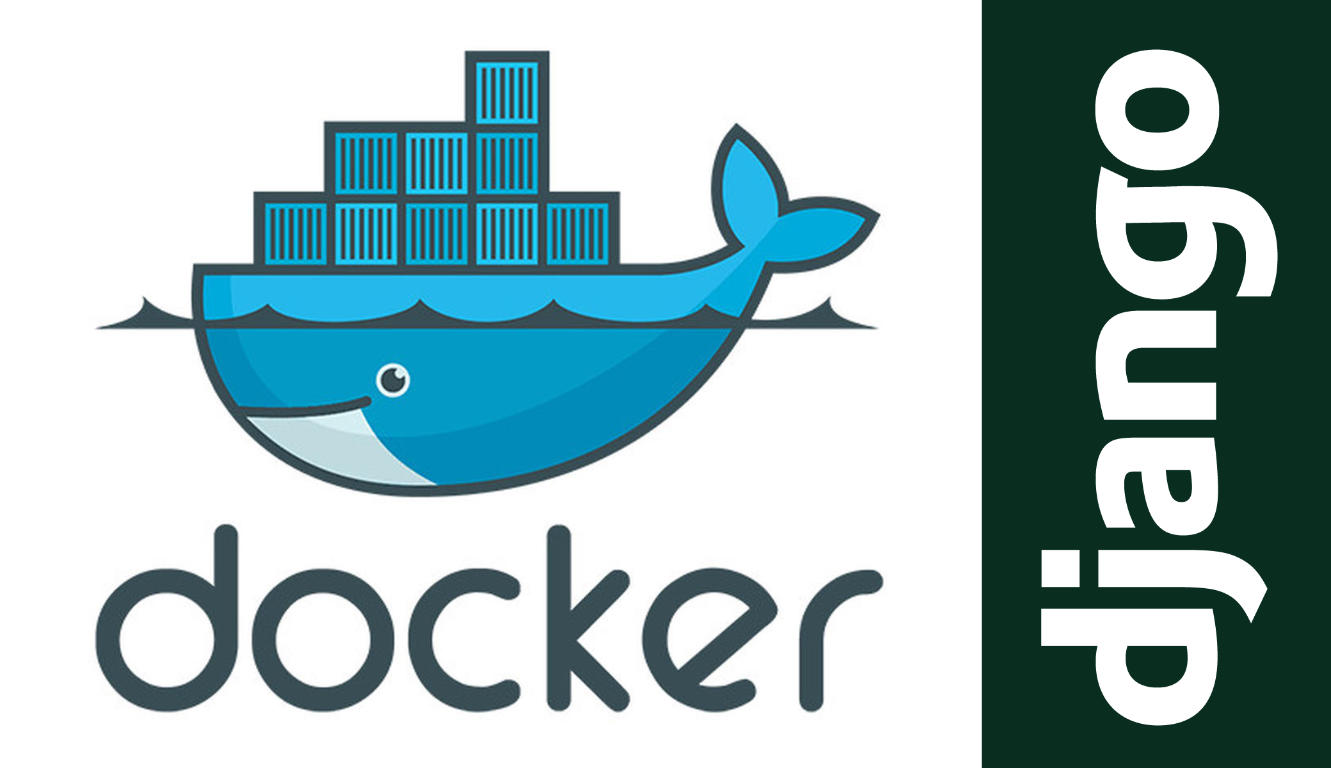 It can easily take you longer to deploy a django app than it took you to develop. Trust me. I finally figured out a very smooth and easy way to deploy to any VPS of your choice with just a git push.

Requirements To Get the Best From This Guide

How to Deploy Django to any VPS Using Docker

The Django Project Structure After Set Up

The steps below are for fresh server, for subsequent deployment simply make changes commit and push to the Github repository and you’re done! 🎉

Step 0. ✔ Deploy a Server and Create a User

Go to your VPS provider, open an account and deploy a VPS server of your choice. For example, deploy a $5 server on Upcloud. 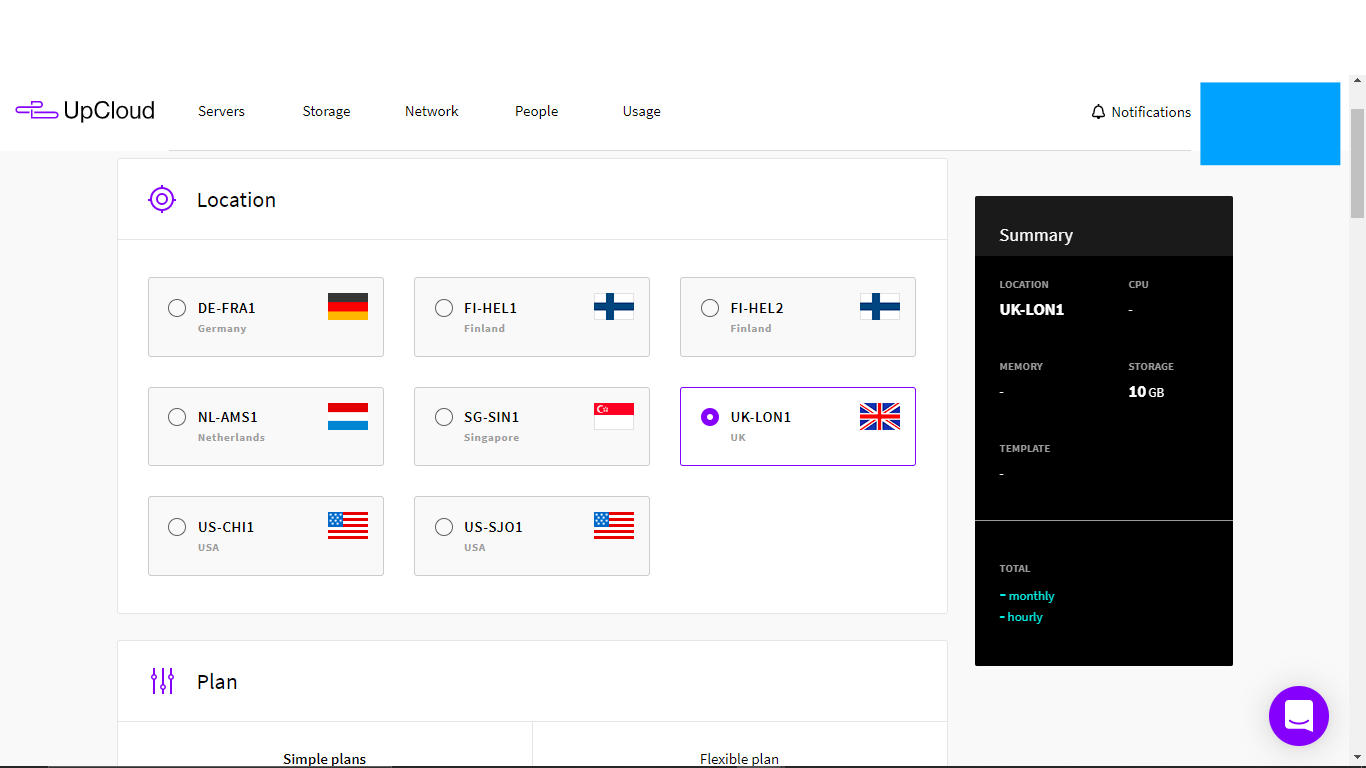 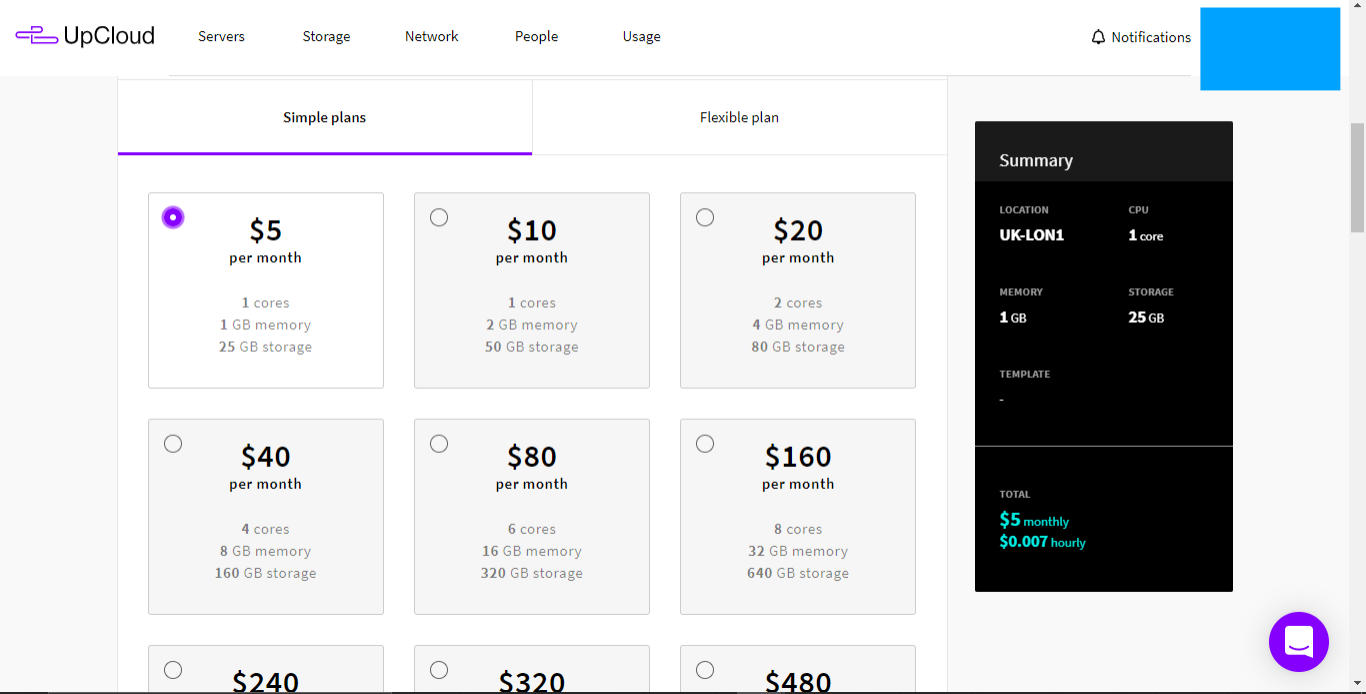 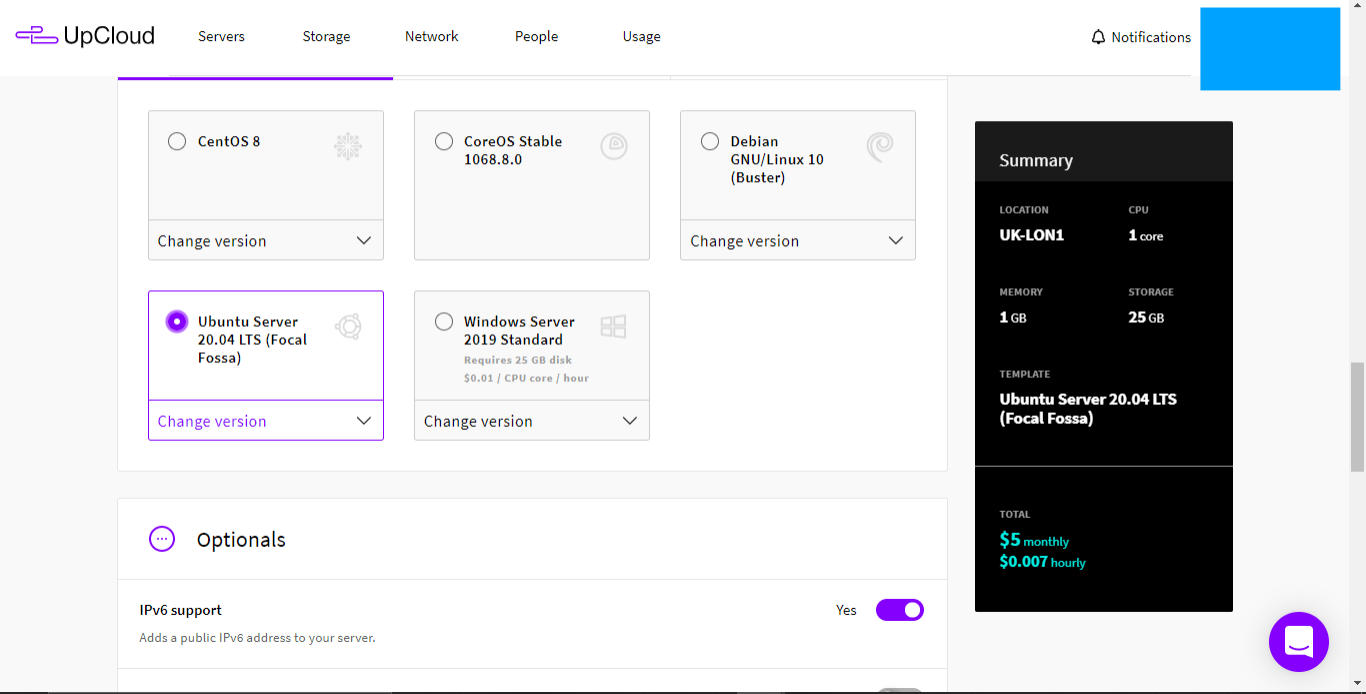 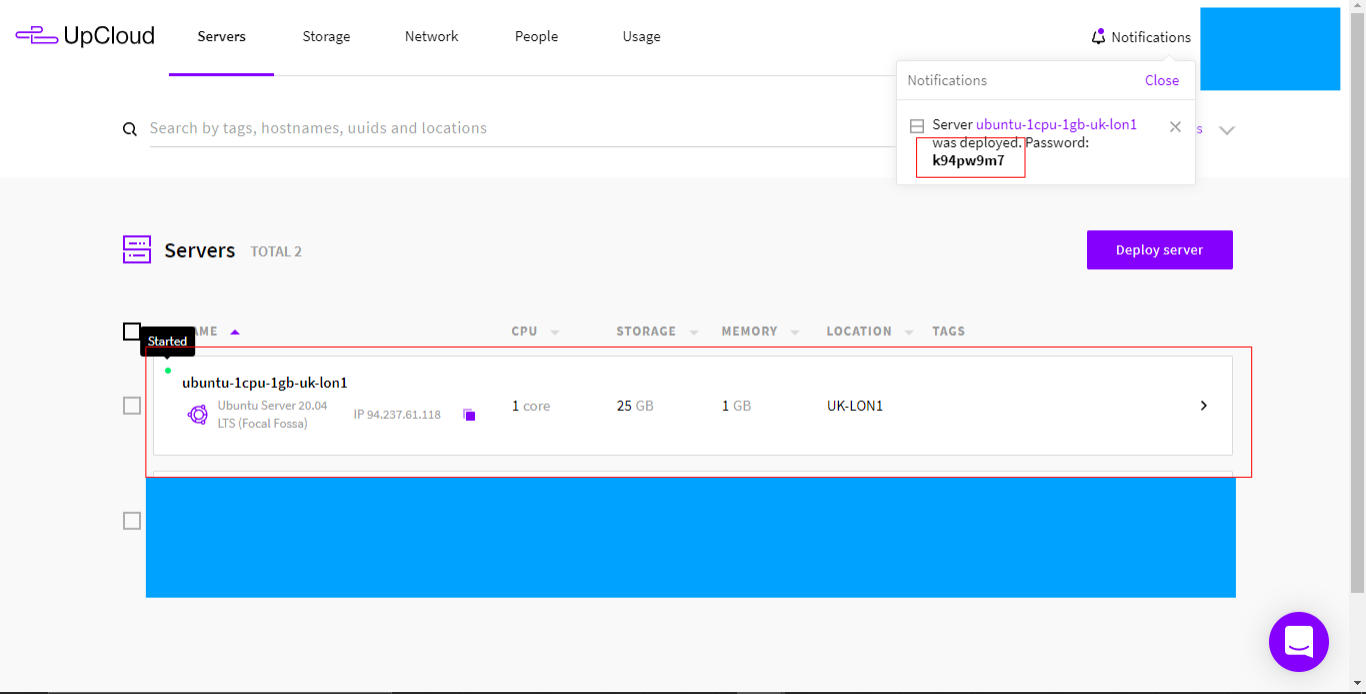 After deploying the server, from your computer terminal, ssh as root into the server (ssh root@YOUR_SERVER_IP and enter the server password). 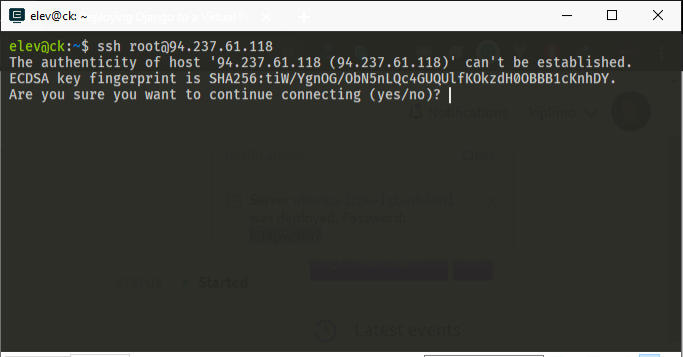 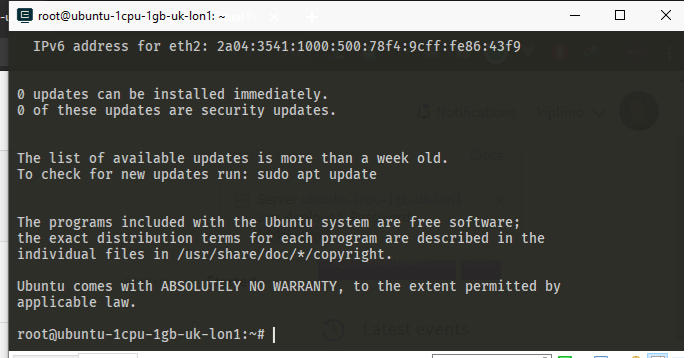 Create a new user by running adduser USER_NAME in my case, that is adduser ck 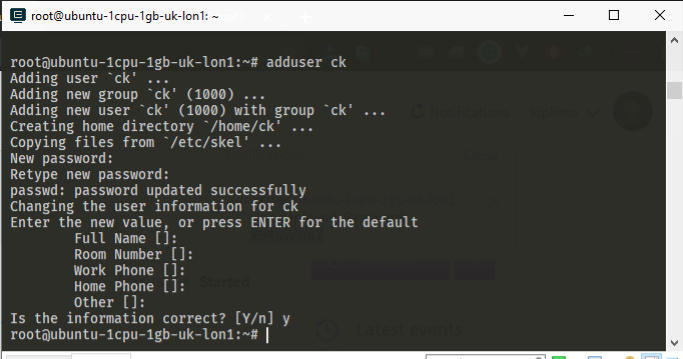 Give the new user sudo privileges

By now, you should have a new user with sudo permission.

Step 1. ✔ How to Install Docker on a VPS in One Simple Script

After you have created a new user above, end the current session by pressing Ctrl + D or by closing the terminal.

Reopen the terminal and ssh into the server as the new user you created by typing ssh USER_NAME@YOUR_SERVER_IP and enter the password you set while creating the user. 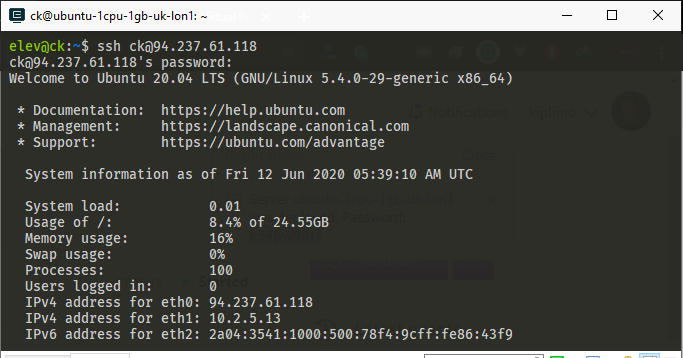 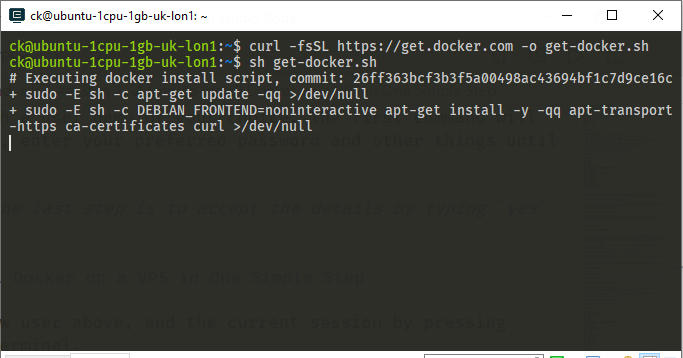 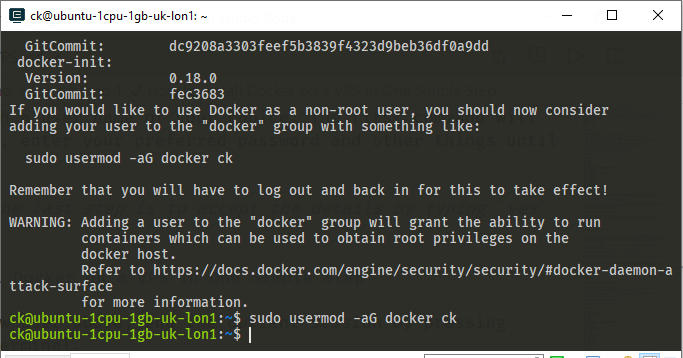 When you install docker, it creates a user called docker. The command sudo usermod -aG docker ck modifies permissions of docker to those of the current user.

Here is the project structure again:

As you can see, we have 3 django apps, the usual stuff and then, there is Caddyfile, top Dockerfile, docker-compose.yaml, and a postgres directory with an init folder and its Dockerfile. There is also a .github directory with a deploy.yaml. These are the only foreign files you must have in your django project.

If you were using SQLite, you’d have a db directory with your sqlite file same way you have media and staticfiles directories.

The following is the content of each file required for docker deployment:

Make sure you cd into the init directory inside postgress folder and run chmod +x 01-db_setup.sh to make the file executable.

If you have added all the above files, your project is ready for deployment.

Step 3. Clone Your Git Repository and Run Docker. I Use Github

As a pre-requisite, ssh to your server and run the command ssh-keygen and press enter all through. Don’t enter any password. 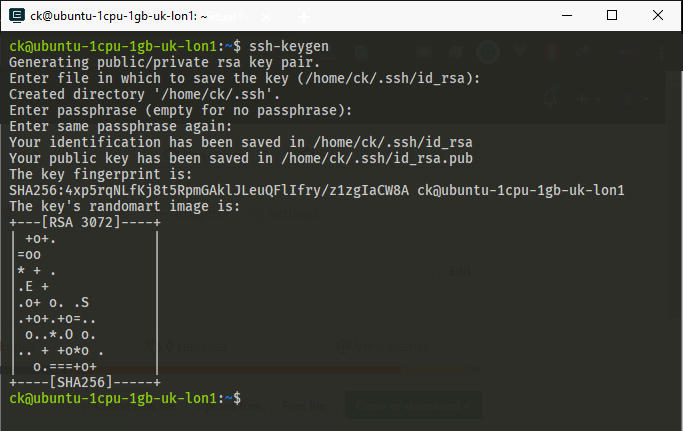 Then, open a new terminal window on your computer and run the following command:

The command will copy the public key of your newly created ssh key from the server to the temp_key.pub file in your current directory. And if you are using a text editor like VS Code, you can type code temp_key.pub to open it. Just use any text editor you got.

Copy the content of your key and go to your git hosting provider and add the content to your list of ssh keys. Name it anything. If your git provider is Github, click on your profile head on the upper right corner > settings > SSH and GPG Keys > Add new.

Now that you have your Git hosting ready to accept ssh from the server, you can go back to the server terminal and clone the repository. Remember, we are using the server as the new user you created above, never as root.

cd into the cloned project and run docker-compose up. Running this command the first time will take a few moments, however, subsequent runs will be snappy.

In production, you will always run docker-compose up -d, but in this case, we first want to see the output on the console so we can make sure things are running smoothly. In case you see an error, go back to the files we added and go through once again to make sure everything is correct.

If everything is running as expected, shut down the containers by using Ctrl + C. Then run docker-compose up -d and go have fun. Or sleep. I chose to sleep.